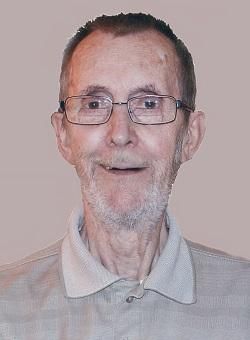 Kees Van Geem, of Durham, passed away at Rockwood Terrace on Wednesday, January 19th, 2022 in his 84th year. Beloved husband of the late Judith Van Geem (nee Switzer). Loving father of David Van Geem and his wife Lisa of Stokes Bay, Stephanie and her husband David Seeley, Geoffrey Van Geem and his wife Stefanie, and Brian Van Geem and his wife Cathy all of Durham. Fondly remembered by his 10 grandchildren and his many nieces and nephews. Dear brother-in-law of Gail and Ken McEwen of Parry Sound. Predeceased by his sister Joan Klaas.

Kees began his teaching career in Thunder Bay and then moved to Durham to become Principal at Saugeen Valley Elementary School. Over his career, he was also Principal at James A. Magee Public School, Egremont Community School and Macphail Memorial Elementary School. Kees was an avid musician and photographer, playing the bass guitar in the bands, The Moonlighters and Ovation, and later opening his own professional photography business. Kees believed in helping his community as a volunteer, including as a driver with the Canadian Cancer Society.

The family would like to thank the staff at Rockwood Terrace for their patience and care over the last 7 years.

In respect of Kees' wishes, there will be no visitation or service, and cremation will take place. Spring interment of cremated remains at Kirkton Cemetery.

As an expression of sympathy, memorial donations to Rockwood Terrace or the charity of your choice would be appreciated by the family. Arrangements entrusted to the McCulloch-Watson Funeral Home, Durham.