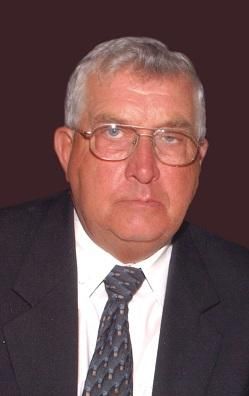 George Carl Schafer, of RR#6 Markdale, passed away at Rockwood Terrace, Durham on Thursday, March 17th, 2022 in his 82nd year. Beloved husband of Pat (nee Aitken). Loving father of Sandy Schafer and his wife Shaunna. Proud and loving grandfather of Zac. Dear brother of Verna and her husband Allan Roach. Brother-in-law of Dorothy and Russell Clarke, Fred and Rosemary Aitken, and Doug and Susan Aitken. Fondly remembered by his 9 nieces and nephews, his 9 great nieces and great nephews, his Schafer and Torry relatives and friends. Predeceased by his infant daughter Julia, and his parents Nelson and Mary Schafer.

George was born in Glenelg Township and spent his life farming the Schafer family farm. Along with his farming, George had a 30 year career in Municipal politics, starting in 1969 as a councillor with Glenelg Township and finishing his career with a term on the newly formed Municipality of West Grey. During his political career George moved through the various positions and served as Deputy Reeve, Reeve and Mayor of Glenelg Township as well as Warden for Grey County in 1983. George attended Glenelg Baptist Church, was the secretary/treasurer of Latona Cemetery, and was a Mason and a member of the Hiram Lodge #490. George also enjoyed hunting with the guys.

Visitation will be held at the McCulloch-Watson Funeral Home, Durham on Friday, June 3rd from 2 – 4 and 7 – 9 p.m.

As an expression of sympathy, memorial donations to VON Grey Bruce, Latona Cemetery, Parkinson Society of Southwestern Ontario, or the charity of your choice would be appreciated by the family.

Celebrating the life of George Schafer