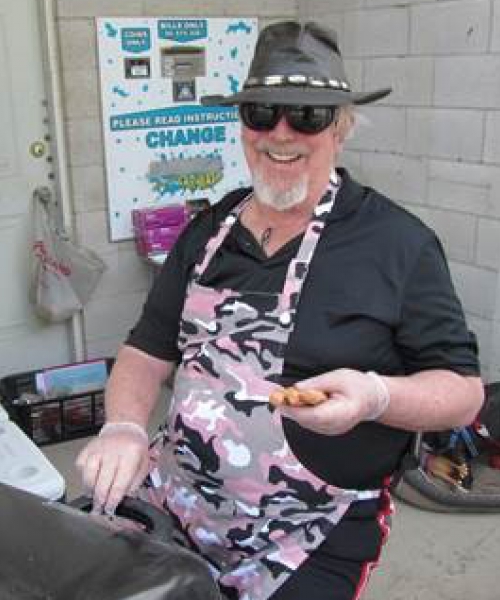 Larry Earl Graham, of Durham, passed away at the South Bruce Grey Health Centre, Durham on Tuesday, April 26th, 2022 in his 71st year. Survived by his loving wife Sandi (nee Emerson). Father of Jocelyn, Chad and his partner Jackie, and Jill. Grandfather of Chelsea, Breanna, Kylie, Anthony, Rylynn, and Keenan. Step-father of Jenny. Survived by his sister Christine, and by his brother Gerald and his wife Maria, their son Ryan and their granddaughter, Ciara. Deeply missed by long time friend and 'near-brother' Stephen Ferguson. Predeceased by his first wife, Beth, and his brother, Rob.

Larry was born in Toronto and moved around a lot in his early years. He continued to be a traveller when he joined the Canadian Armed Forces where he served in the Mediterranean and the Middle East. After being medically discharged from the forces, he continued to use his financial training he received in the army to work as a payroll supervisor for the Toronto Transit Commission. Larry, his wife and family moved to Dundalk, Ont. and provided foster services to the Children's Aid Society, helping a number of youth over the years. Following the death of his first wife, Larry moved to Mount Forest and later to Durham where he worked as a Direct Service Worker with South East Grey Support Services for many years. Larry shared a passion for dancing with his wife to be, Sandi. They married in 2004.

Larry was a man of varied interest and enjoyed golf, dancing, was an avid reader, he was proud of this Scottish heritage, and was an early user of computer technology.

As an expression of sympathy, memorial donations to the Canadian Cancer Society would be appreciated. Arrangements entrusted to the McCullloch-Watson Funeral Home, Durham.